Here are the American League opening day lineups from half a century ago. Teams are shown in order of their 1970 finish. 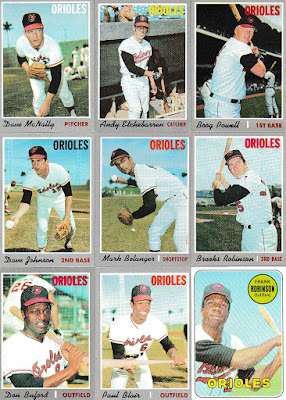 Elrod Hendricks caught more games than Andy Etchebarren, but the other 7 were everyday regulars. 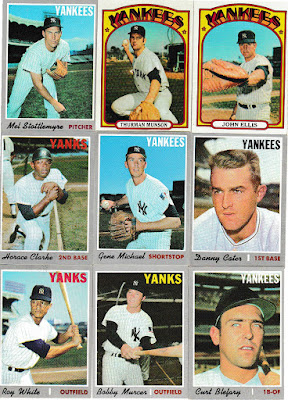 Danny Cater was the primary 1st baseman, with Jerry Kenney playing mostly at 3rd base. 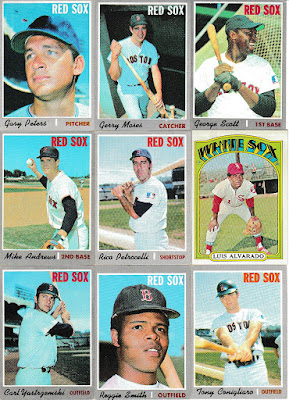 Yaz moved in to play first base this season, with George Scott moving over to 3rd base. Billy Coniglaro was the primary left fielder. 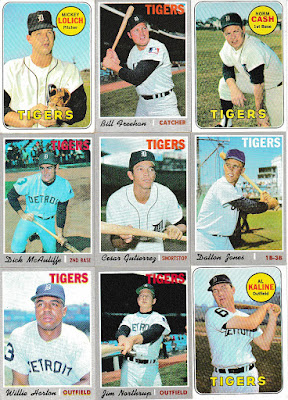 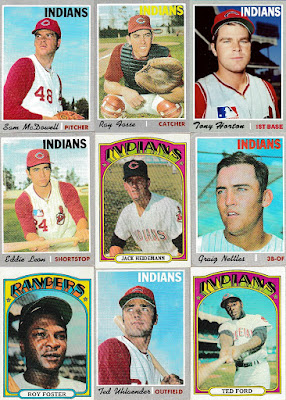 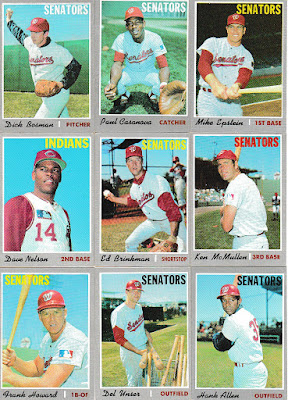 The Senators made a lot of changes, before settling on Tim Cullen at 2B, Aurelio Rodriguez (acquired from the Angels) at 3B, Ed Stroud in CF and Lee Maye in RF. 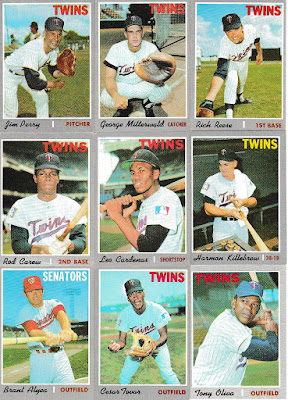 The Twins had a fairly stable lineup, with only Danny Thompson replacing the injured Rod Carew at 2nd base. 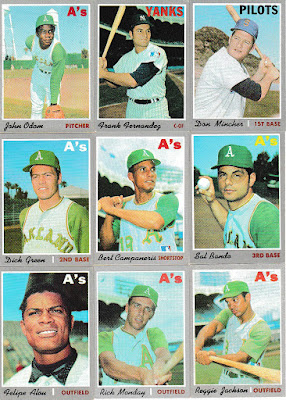 The Athletics were the only team whose 1970 Opening Day lineup was their regular lineup all season. 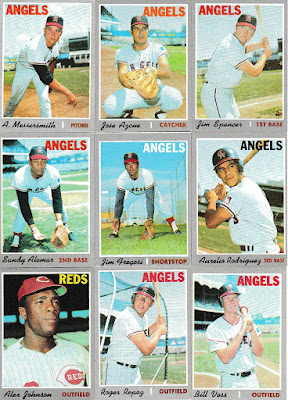 The Angels traded Aurelio Rodriguez to the Senators for 3B Ken McMullen. Jay Johnstone was the regular center fielder, pushing Roger Repoz to right field. 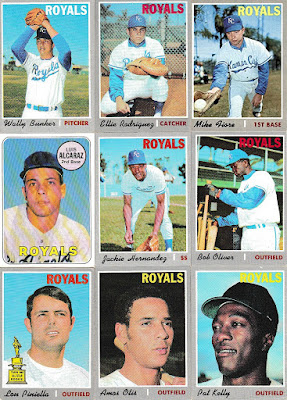 Ed Kirkpatrick, Bob Oliver, Cookie Rojas (acquired from the Cardinals in June), and Paul Schaal were the regulars at C, 1B, 2B, and 3B. Shortstop and the outfielders were as shown above. 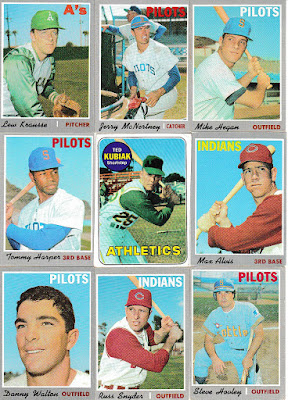 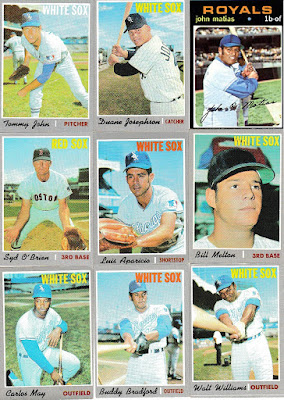 Ahhh, those White Sox. In 1969 they finished behind the expansion Royals but ahead of the expansion Pilots. Now the Pilots/Brewers have passed them too.

Ed Herrman and Duane Josephson split the catching. 1st and 2nd base were manned by Gail Hopkins and Bobby Knoop respectively, while Ken Berry was the center fielder. Bill Melton actually played more games at 3B and also in RF that any other player.
Posted by Jim from Downingtown at 9:49 PM No comments: 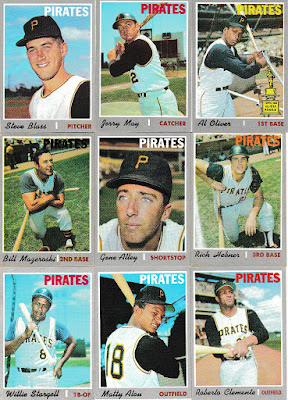 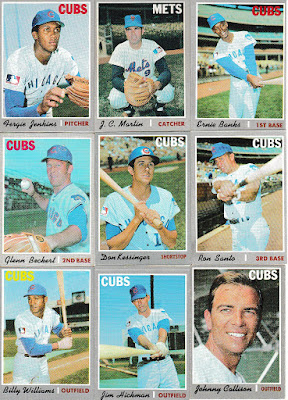 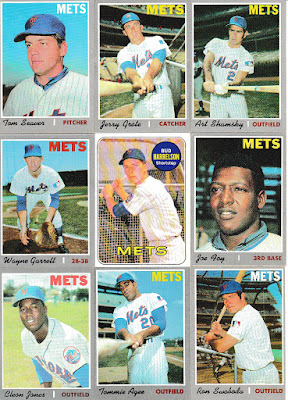 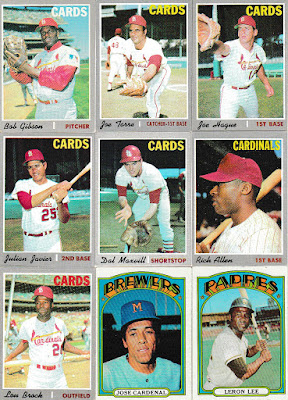 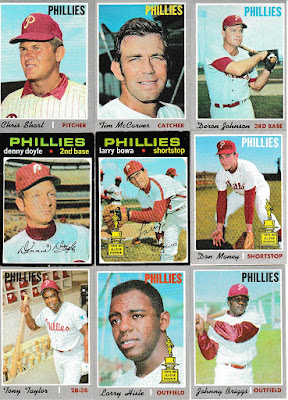 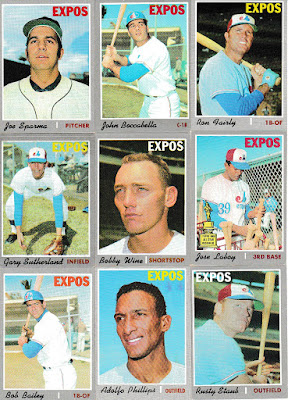 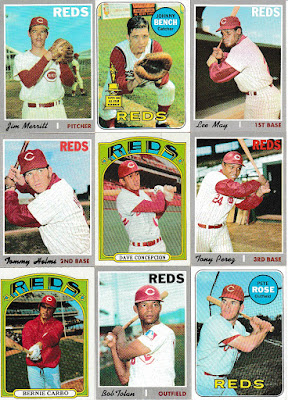 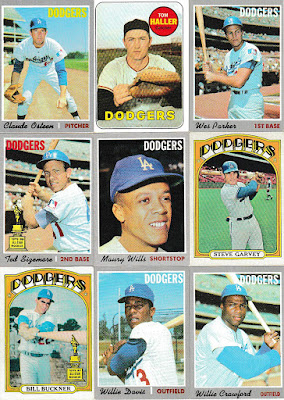 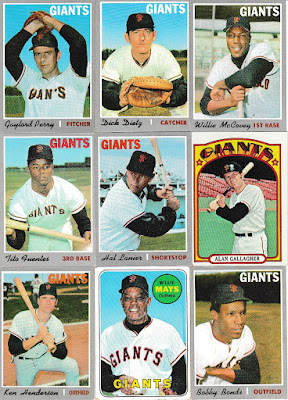 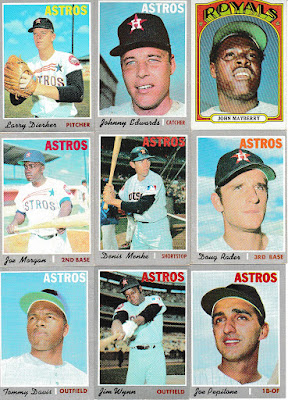 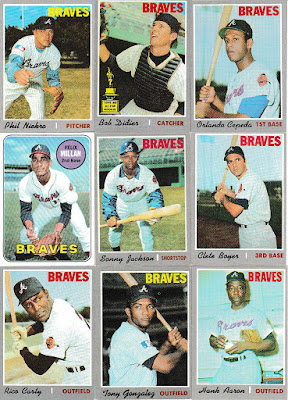 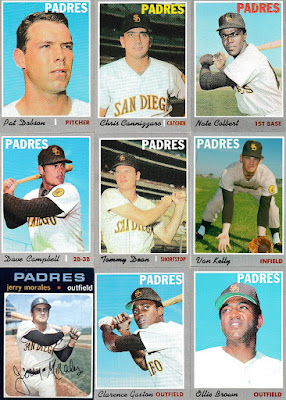 
Tomorrow: The AL starters
.
Posted by Jim from Downingtown at 8:45 PM 1 comment:

Angel Bravo is the oldest living player (with a card in the 1966-70 sets) that I have not yet featured on a blog. 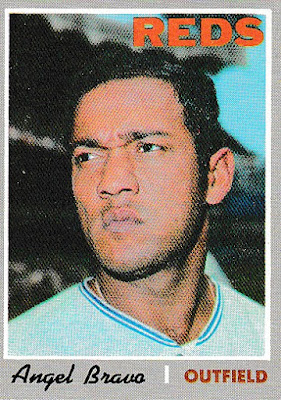 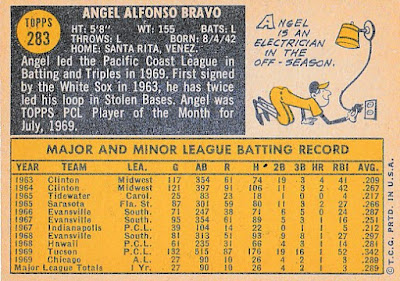 Angel made his major-league debut with the White Sox in June 1969, and started 2 dozen games in center field, mostly in late-June and mid-September. After the season he was traded to the Reds for pitcher Gerry Arrigo.

Bravo spent the entire 1970 season on the Reds' roster (his only season not in the minors). The Reds lineup being what it was, Bravo rarely got any playing time, starting only 6 games in center field (to Bobby Tolan's 146 starts), and was the team's 8th outfielder (behind even Johnny Bench and Jimmy Stewart). Although only playing parts of 22 games in the field, he did get into 43 other games as a pinch-hitter.

In mid-May 1971 he was traded to the Padres for OF Al Ferrara. Once again he was mostly a pinch-hitter, since the Padres had Cito Gaston and Ollie Brown as everyday outfielders, along with Larry Stahl, Leron Lee, and Ivan Murrell all sharing left field. Bravo’s last major-league games came in September 1971.

He played all of 1972 for San Diego's AAA team in Hawaii, then played in Mexico for 4 seasons. In 1979 he played 15 games in the ill-fated Inter-American League before it folded.

The Inter-American League lasted only 3 months in 1979. It planned to play 130 games, but 2 teams (Panama and Puerto Rico) dropped out in mid-June. Two weeks later the league folded.

McGinn was selected by the Expos with the 27th pick in the October 1968 expansion draft. He appeared in 74 games as a rookie in 1969 (30 more than the next guy) and led the Expos with 6 saves. He also hit the first home run in Expos’ history. 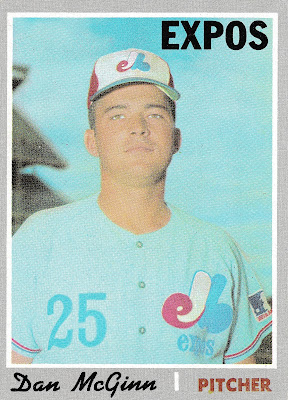 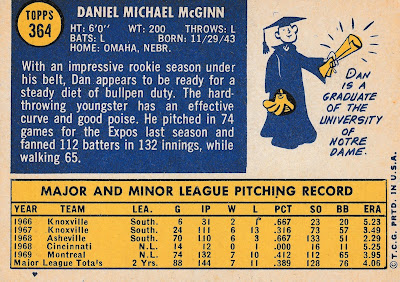 The wheels began to fall off in 1971, as McGinn began the season in AAA, rejoining the Expos in mid-May to pitch in 28 games (posting a 1-4 record).

A week before the start of the 1972 season he was traded to the Cubs for 1B Hal Breeden and SS Hector Torres. (P Bill Kelso was later sent to the Cubs as part of the deal.) Dan pitched 42 games for the Cubs in 1972, but that would be his last season in the majors.

He spent the 1973 season with the Cubs’ and Cardinals’ AAA teams before retiring.
Posted by Jim from Downingtown at 10:24 PM 1 comment: