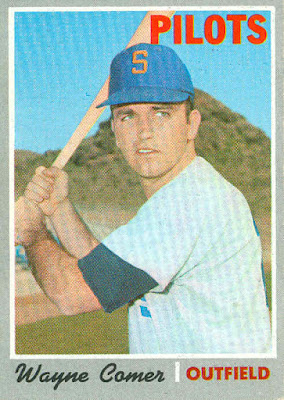 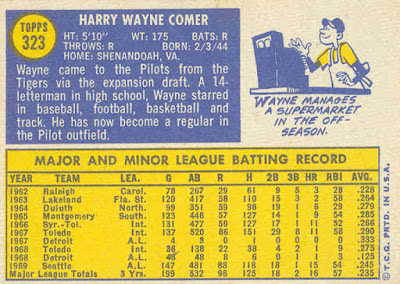 Comer’s career ended after the 1974 season, where he played for the Phillies’ double-A team in Reading, PA. Looking back, Wayne’s best season was 1969 with the Pilots.
Posted by Jim from Downingtown at 3:25 PM 1 comment: