Jimmie Price was the Tigers' backup catcher from 1967-1971. (Backing up Bill Freehan meant you didn't get much playing time.)

Price was signed by the Pirates in 1960, and played in their farm system for 7 seasons (the last 3 at triple-A). Four days before the 1967 season, he was purchased by the Tigers (after already appearing on a 2nd-series Pirates Rookies card that year). 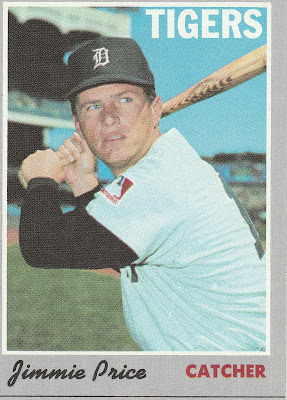 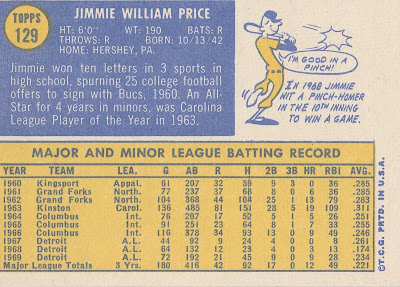 The Tigers acquired Tom Haller from the Dodgers in December 1971 to back up Freehan in '72, spelling the end of Price’s career.

Jim has been broadcasting Tigers' games since the 1970s.

Posted by Jim from Downingtown at 12:11 AM 3 comments: