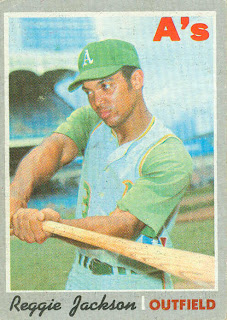 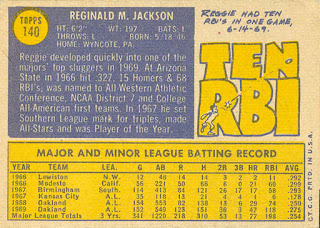 Reggie was "the straw that stirred the drink" long before Darryl Strawberry arrived on the scene. He and Rick Monday were among the first wave of stars for the Oakland A's, and after a long career, he returned to Oakland for his 21st and final season as a DH, teaming up with Mark McGwire and Jose Canseco.
Posted by Jim from Downingtown at 12:47 PM No comments: