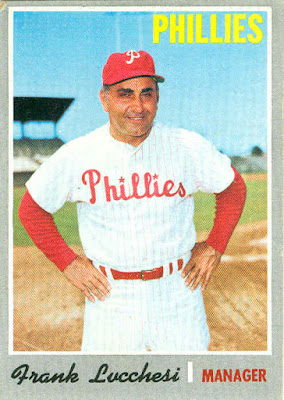 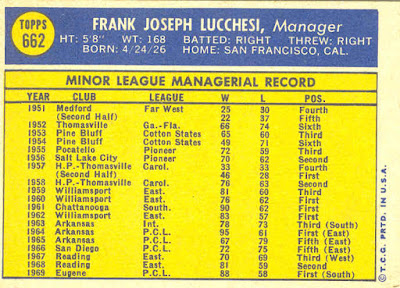 Lucchesi also managed the Cubs for the final 25 games of the 1987 season.
Posted by Jim from Downingtown at 9:36 PM

Frank's managing career covered 8 different minor leagues, several long defunct by the time he made the majors. Unusual to not to have some time as MLB coach in that resume.

Managing the Phillies will do that to you!