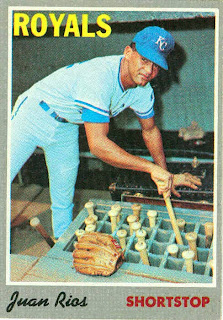 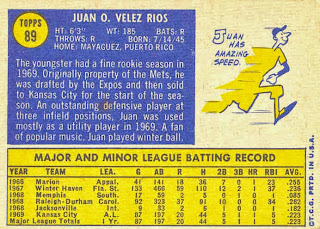 Rios passed away in August 1995, at age 53, in his birthplace of Mayaguez, Puerto Rico.
Posted by Jim from Downingtown at 7:00 AM

The Rio card is one of six shown on the baseball portion of the cyber card museum:

for a guy that one regular and one rookie card, that's not a bad tribute.