Before researching Jim Qualls for this post, I assumed he was a 4th outfielder or possibly a platoon center fielder with the Cubs for a few seasons. What I found is that he played much less than that: a few months in 1969, and some cups of coffee in ’70 and ’72 for 2 other teams. If I hadn’t already scanned his card, I would have just moved on the the next guy. 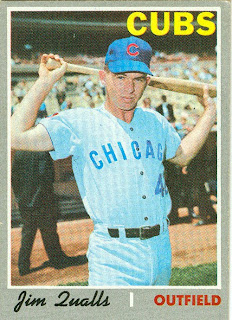 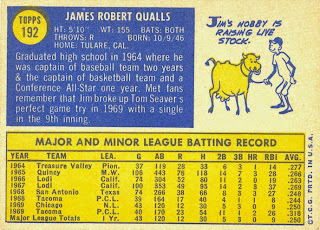 I always find cards of guys like this pretty interesting

He also busted up a Tom Seaver no-hitter as well.