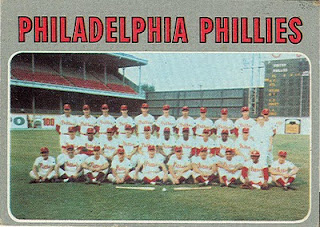 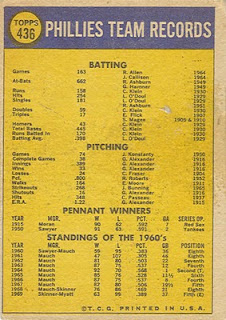 (Back in the day, the list of Phillies pennant-winners was miserably short!)
Posted by Jim from Downingtown at 10:30:00 AM

Wow, Jim, this is great. I'm looking forward to seeing a set blogged about from scratch, as I'm a latecomer to the game. These are beautiful cards.

Looking forward to the development of this blog.
Do you have a want list somewhere. I'd like to see if I could help.

Thanks, Johngy. My want list for all sets can be found on my 1967 blog under the label "my want list".

At my 1st Phillies game in May 1967, I was sitting in those orange bleacher seats in the upper deck in center field (probably 2 or 3 sections from the end).