This is the 2nd of Mike Wegener’s 3 baseball cards (1969-71). He was signed by the Orioles in 1964, and after one season was selected by the Phillies in the minor-league draft. 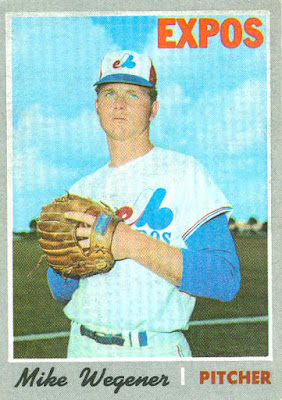 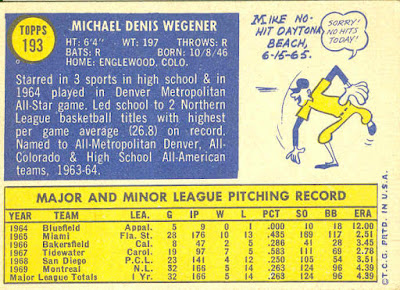