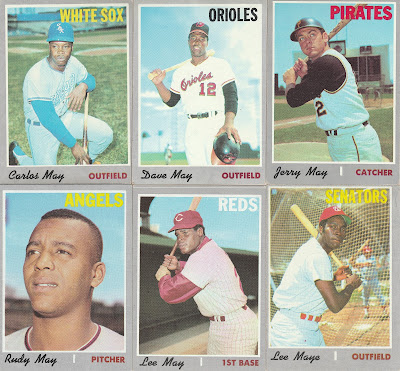 (I once told the story here of how in 1967, until I got Tony Cloninger's late-series card, I thought Tony Cloninger and Tony Conigliaro were the same person. Imagine the dilemma I would have had with Lee May and Lee Maye!)
Posted by Jim from Downingtown at 6:12:00 PM